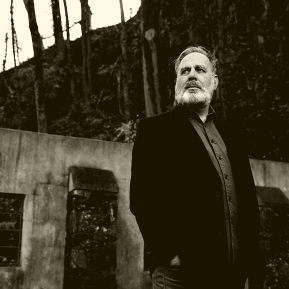 Thank you for visiting my website. The site has information about three areas of my life: my public education project called Incite Seminars; my work in Buddhist studies and on Speculative Non-Buddhism; and playing music with Ruin; In some strange way, all of these activities are connected.

I hold a Ph.D. in Buddhist studies from Harvard University's Department of Sanskrit and Indian Studies. My training was mainly philological, concentrating on Sanskrit, Pali, and Tibetan Buddhist literature. For a long time, I have been concerned with how to make classical Buddhist literature, philosophy, and practice relevant to contemporary life. So, much of my work stems from that concern.

I have written books and articles on various aspects of Buddhism. Some of this work is intended for the public, some is more specialized. I have also practiced for many years in several Buddhist traditions, including Vipassana, Dzogchen, and mainly Soto Zen. At various periods in my life, I have led meditation groups and offered retreats.

My recent work is best summed up in the title of my recent books: A Critique of Western Buddhism: Ruins of the Buddhist Real. This critique draws from François Laruelle's non-philosophy. The blog I founded in 2011, Speculative Non-Buddhism, contains many essays, by me and others, that reflect this critical direction. My most recent book, An Anarchist's Manifesto, signals my intention of bringing anarchist values to bear more explicitly on my work.

Since the early 1990s, I have taught in the religion departments of several universities, including the University of Georgia (where I received tenure), Brown University, Bowdoin College, and the Rhode Island School of Design.

Currently, my main activity is with Incite Seminars, in Philadelphia and online.

Click on the links in the navagation bar at the top for more information.