"On Practice & Anarchism," The Imperfect Buddha Podcast, with Matthew O'Connell.

"How to be an Anarchist," The Stoa, with Peter Limberg. (YouTube video).

"The Case Against Buddhism: A Conversation between Glenn Wallis and Charles Hallisey." Harvard University, Center for the Study of World Religions.

"If You Meet the Buddha on the Road, Speculate," The Intellectual Explorers Club (currently, The Stoa), with Peter Limberg.

"A Critique of Western Buddhism," The Mindful Cranks, with Ron Purser and David Forbes.

"Kahlil Gibran's The Prophet," Think About It, with Uli Baer.

The Imperfect Buddha Podcast dedicates a podcast to a discussion to Speculative Non-Buddhism and several interviews with me::

"The Liberating Force of Non-Buddhism"

"On Darkness, Peter Sloterdijk, and More" 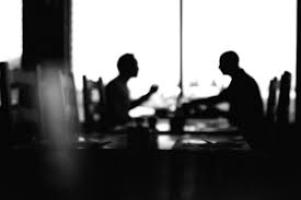 Reddit Ask Me Anything (AMA) at r/ShambhalaBuddhism. This conversation is a good basic introduction into my non-buddhism work. You can also read the transcript at SNB.

With Randy Rosenthal for Lion's Roar Magazine. This is the (much more interesting!) unedited version.

With me and my band mates about our adventure in the American punk underground, circa 1980s.

Here's another one, with Cordy Swope, at Seymour Magazine.

With Tom Pepper at Speculative Non-Buddhism.