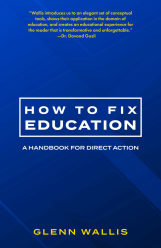 How to Fix Education:
A Guide to Direct Action

If we assume the capture of the American university by the “national economic dogma,” as Nietzsche called education in the service of money-making careerism, what concrete actions might a change-minded instructor take? This is the question driving How to Fix Education.

Wallis’s book isn’t (just) a book in the philosophy of education. It is a book about being human. It’s a book about learning to be, and insisting on being, human in the concrete here-and-now. It’s a book about bracketing out the world outside of the classroom. At least for a time. In prefiguring the world we wish to live in, we attempt to create a microcosm that reflects our values. A microcosm that allows for the expression and development of our values. As such, we practice and embody the motto "everything is in everything".

How to Fix Education is a book for (a gift to) you if you want to be an educator. It’s a book for you if you care about being a good educator. I should read it again. And I should think and talk about it again. With colleagues and students. I am thankful to Glenn Wallis for writing it. For embodying and prefiguring his ideals of education in this book. (Amazon)

2 The Divided Pathway of the Humanities

3 Subject to the Spectacle

4 Subject to Another World

5 The Force of Prefiguration

6 The Space of Concrete Utopia

7 The Pedagogy of Unlearning

8 The Ethics of the Worst Necessary

“Glenn Wallis brings so much vitality and excitement to the topic of education. He is clear, insightful, and at the same time mindful of practical concerns, which means How to Fix Education is as intellectually stimulating as it is practically useful. Wallis introduces us to an elegant set of conceptual tools, shows their application in the domain of education, and creates an educational experience for the reader that is transformative and unforgettable.”

“How to Fix Education is a valuable and provocative contribution to a growing conversation about revolutionising higher education. You may not agree with all the sentiments but read as a critique of the past and a provocation for the present, it will certainly be a useful thinking tool for practice and theory. A definite addition for everyone’s list of reading for radical educational change.”

“Mind-bending and can have a liberating effect on people in higher education who are unhappy about the system and don’t know what to do about it.”

“Against the capitalist capture of higher education and its faithful servants in the university, Glenn Wallis calls for transformative unlearning by way of direct action…A manifesto for the emancipation of classrooms everywhere!”

—Richard Gilman-Opalsky, Professor of Political Theory and Philosophy, University of Illinois, author of The Communism of Love and Specters of Revolt

“Here is a clear-eyed statement of the cul-de-sac in which the neo-liberal university finds itself and a clear-eyed statement of how not to save but to end it. Wallis finds the means to that end right at hand, under our noses so to speak, the creation of a new kind of classroom practice that enacts and anticipates a concrete utopia. This book is a guide to something both actually doable and actually worth doing; as such it is a rarity and a treasure.”

“How To Fix Education is not a guide for fixing the entire institutional system—a challenge so massive that it inevitably paralyzes us; rather it’s a handbook for reclaiming agency and returning dignity to the mutually transformative act of learning. By prefiguring the concrete utopia inside the classroom, Wallis argues, both students and teachers can participate in the radical process of self-formation. The contemporary heretical educator will need to learn to subvert and anarchize institutional technology and participation norms in their digital classroom, and Wallis’s principles of prefiguration, concrete utopia, unlearning, and the ethics of the worst necessary can serve as an inspiring compass for teachers navigating the process.”

How fortuitous that in 2021—on the one hundredth anniversary of the birth of Paulo Freire—we have this present from Glenn Wallis, one of the twenty-first century’s most engaging, insightful, and provocative theorists: a teacher of teachers. Unwrap it and become the (radical) student your students need you to be. His critique always points—in creative ways—to pedagogical praxis of the most transformative kind.

"It is a common assumption among professors that this is just the way things are, and that radical experiments in the classroom cannot be carried out under the current system. While it is quite true that the current education system actively opposed the kind of approach described in How to Fix Education, Wallis argues forcefully that any changes we hope to see within the university must originate in the classroom, rather than in the administrative offices, for it is within the former that student subject formation takes place. It is the deep responsibility of educators to resist the repressive program forced upon the classroom by the logic of the neoliberal university. How to Fix Education provides a critically necessary outline of just what such resistance may look like." Read the full review by Chaim Wigder.

"I found this book when I needed it the most, toward the end of a very tiring academic semester. After months of trying new methods of teaching and mostly failing. I found in the book another person for whom education is an issue. A problem. A question. A quest. That, in and of itself, was remedy for my heart and soul. It was refreshing to read Wallis’s words." Read the full post by Davood Gozli. 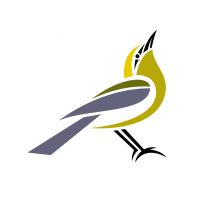