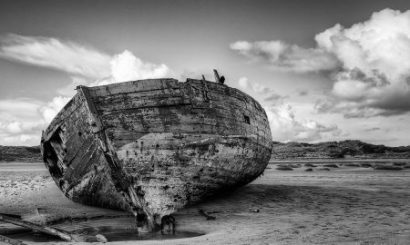 In 2011, I founded the blog Speculative Non-Buddhism. The blog is closely related to my recent critical work. Many of the themes that have become elements of that work were first developed on the blog. SNB has had the good fortune of featuring work by Tom Pepper, Matthias Steingass, Adam S. Miller, Shyam Dodge, Richard Payne, Patricia Ivan, April Resnick, Alan Seltzer, Craig Neely, Chaim Wigder, and others.

The blog has had nearly three quarters of a million views. It has also has over 1000 subscribers and has stimulated over 6000 comments. Some of these comments are substantial pieces of writing themselves. The blog has been discussed in scholarly works, such as Jay Michaelson, Evolving Dharma: Meditation, Buddhism, and the Next Generation of Enlightenment (Berkeley: North Atlantic Books, 2014); Marcus Boon, Eric Cazdyn, and Timothy Morton, Nothing: Three Inquiries in Buddhism (Chicago: University of Chicago Press, 2015); the Swedish anthology, Mindfulness: Tradition, tolkning och tillämpning (“Mindfulness: Tradition, Interpretation, and Application”); in the online work of Richard Payne (Dean, Institute of Buddhist Studies, Berkeley); Scott A. Mitchell, Buddhism in America: Global Religion, Local Contexts (New York: Bloomsbury Academic, 2016); and in the recent collection of essays by Ronald E. Purser, David Forbes. Adam Burke, Handbook of Mindfulness: Culture, Context and Social Engagement (Basel: Springer Publishing, 2016).

In keeping with the nature of critique, the blog is as controversial as it is influential. Here is an intelligent assessment by blogger Richard Blumberg:

Glenn Wallis's Speculative Non-Buddhism site is, to my mind, the most strikingly original, penetrating, and provocative writing about Buddhism on the web. I suspect that very many of the people who participate in this Community will find his stuff either impenetrable or irritating, or both, and some will just hate it and feel that Wallis has them under attack.

But his analysis of x-buddhism rewards the effort it takes to understand it and leads, I think, to a productive re-examination of how the Buddha's teachings remain relevant to our lives and how to most productively cultivate the Buddha's path to construct those lives as good ones. (X-buddhism: for 'x', substitute "zen", "tibetan", "nichiren", "pure land", "secular", "thich nhat hahn", etc. You get the idea.) He is especially concerned about how x-buddhism, through its emphasis on lineage, distinctive meditative techniques, the teachings of particular individuals, and a pervasive desire to "fit in" - to show that Buddhism is compatible with modern science, modern philosophy, modern culture - all lead to vitiating the radically anti-establishment, anti-authoritarian, anti-dogmatic implications of the Buddha's message.

I invite you to visit the blog and see for yourself!

An Anarchist's Manifesto, my newest book. is out! Visit Warbler Press for availability.

A Critique of Western Buddhism: Ruins of the Buddhist Real, is out in affordable paperback: Bloomsbury Academic. More info here, too. You can read the entire Preface here.